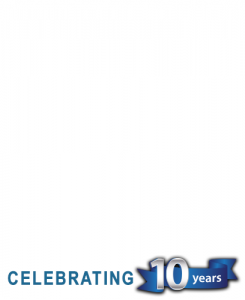 The 6.0L Power Stroke has a bad reputation for good reason. If you own or recently purchased one you should consider getting it bulletproofed. Also, strictly following dealer recommended maintenance will lesson the problems. If you are considering purchasing this vehicle I would reconsider as there are better, more reliable diesels on the marketplace that will give you less grief. Bays Auto is the expert with Ford Diesel Powerstroke engines and can guide you on the necessary repairs to get your vehicle running reliably. Once these changes have been made your vehicle will be reliable as ever and a joy to drive.

Below are common problems we come across:

Head Gasket and the torque to yield (TTY) head studs

If you do any performance modifications you can expect the TTY studs to fail and blow a head gasket. If you do a tuner it is almost a guarantee the TTY head studs cannot handle the increase in cylinder head pressure.

Poor placement of the FICM is most likely the culprit in FICM failure. The FICM is located on the side valve cover which can get extremely hot and vibrate excessively. When the FICM goes bad is will result in no start, rough running and starting. A scan tool will help you locate the faulty FICM by looking at the PID data and will help you rule out glow plug failure. If replacing the FICM you should look at replacing with aftermarket parts as they are more reliable and better at dissipating heat.

The culprit behind many a 6.0 Powerstroke problems. The Ford 6.0 Powerstroke needs its oil to be cooler than it’s competitors which is why they went with liquid on liquid engine oil cooler. And these oil coolers are notorious for getting clogged and damaging the EGR. A good way to determine of the EGR is failing is compare the engine oil temperature to the coolant temp. If the coolant is more than 14 degrees hotter than the oil, most likely the EGR and oil cooler needs to be replaced.

The EGR valve regulates the exhaust gases recycled to the engine. The EGR valve also gets clogged when the Oil Cooler and EGR cooler becoming clogged. When the valve gets clogged it tends to stay in the open position which affects performance. Idling for long periods or using cheap gas can also cause the EGR valve to become clogged.

The VGT’s job is to lower spool times and increase power. The VGT is known to get clogged and the vanes to stick in the open position. The result of being stuck in the open position poor throttle response and slow turbo spooling. If the system doesn’t clear itself then the turbocharger needs to serviced.

If the turbo charger oil drain tube gets clogged the oil will overheat and often damage the turbocharger.

Poor design makes these injectors prone to failure due to static friction (stiction). Stiction is caused by carbon and sludge inside the injector’s spool valves resulting in hard starting and running rough. Be sure to use the highest quality of fuel and oil to avoid these problems. Proper maintenance is the best thing you can do to minimize HEUI failure. The 7.3 Powerstroke also has the same difficulty with its HEUI.

Poor design of the HPOP is the culprit for many 6.0 Powerstroke breakdowns. The pumps are known to have leaking seals and fail well before their time.